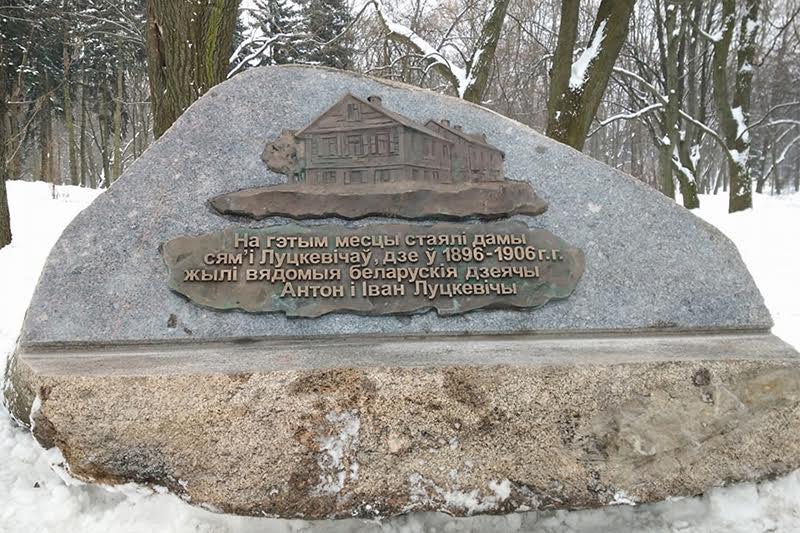 The memorial stone in honor of the brothers Luckievičs was opened in 2018 for the 100th anniversary of the Belarusian People's Republic. The memorial place is located in the Kupalaŭski Square of Minsk.

The initiative to install the memorial sign was taken by a relative of the Luckievič brothers, a resident of St. Petersburg, Marharyta Piarova, who appealed to the Belarusian authorities in 2006. However, the creation and installation of the sign became possible only after 12 years, thanks to the common efforts of the descendants of Luckievič, the Museum of Janka Kupala, the World Association of Belarusians "Baćkaŭščyna", the Ministry of Foreign Affairs and members of the House of Representatives. The project was funded by the Minsk City Executive Committee.

The authors of the memorial sign are honored architect of the Republic of Belarus, Professor of the International Academy of Architecture Juryj Hradaŭ and Sculptor, Member of the Belarusian Union of Artists Kanstancin Cieliachanaŭ.

Marharyta Piarova, Academician-Secretary of the National Academy of Sciences of Belarus Aliaksandr Kavalienia, and representatives of the public took part in the opening ceremony.