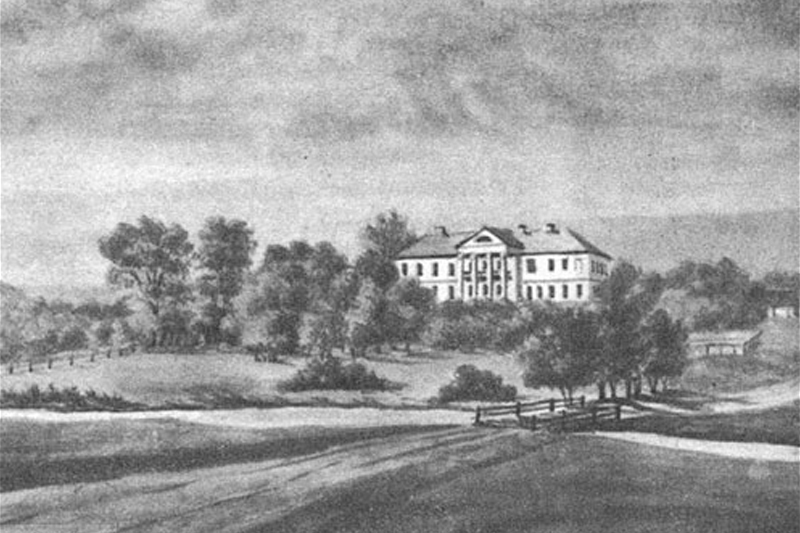 Hrozaŭ is a long-standing town of the historical Sluck region. In 1920, residents of the Sluck poviate formed the Hrozaŭ’s regiment of the Belarusian Democratic Republic army. The regiment participated in the Sluck uprising.

Today Hrozaŭ is an agro-town in the Kapyĺ district of the Minsk region. For the first time, the town is mentioned in the first half of the XVI century as a village of the Sluck principality, the possession of the Alieĺkavičs. In the second half of the XVII century, Hrozaŭ passed to the Radzivils.

As a result of the second division of the Polish-Lithuanian Commonwealth in 1793, Hrozaŭ became part of the Russian Empire, where it became the center of the volost of the Sluck poviate of the Minsk province.

On March 25, 1918, according to the Third Constituent Charter of BNR, the authority of the Belarusian Democratic Republic was proclaimed in Hrozaŭ. In the 1919–1920s, the town fell under Polish and Soviet authority several times.

In November 1920 in Sluck, in the towns of Siemiežava and Hrozaŭ, from the Belarusian police and peasant volunteers of the Sluck poviate, the Hrozaŭ’s regiment was formed, which was part of the Sluck brigade of the army of the Belarusian Democratic Republic. The Hrozaŭ’s regiment consisted of 2 battalions, and they were divided into troops. Captain Lukaš Siemianiuk was appointed as the commander of the regiment. The Hrozaŭ’s regiment totaled about 2 thousand soldiers and officers. However, only a quarter of the military personnel were provided with weapons. Volunteers gathered in a gentry house and from there went to the front. Later, for account of trophies and assistance of the Belarusian Military Commission, half of the regiment's soldiers were armed. At the beginning of the Sluck uprising, the regiment occupied a front 60 km long in the neutral zone of the Soviet-Polish border to the north from the 1st Sluck regiment (the line Hrozaŭ — Kapyĺ — Cimkavičy — Siemiežava). The regiment’s units had the task to prevent Soviet troops from entering the territory of Sluck region, on which BNR power was restored.

Thanks to the dedication of the Hrozaŭ military servants, it was possible to repel the attacks of the superior forces of the Bolsheviks within a month.

In the battle near Kapyĺ, the soldiers of the Hrozaŭ regiment captured a troop of Red Army soldiers together with the chancellery and all the ammunition. After this battle, units of the Hrozaŭ’s regiment freed Cimkavičy and moved further to the east. However, the Soviet government threw significant military forces to Sluck region and agreed with the Poles to coordinate the struggle against the Belarusian forces.

As a result of heavy fighting, units of the Hrozaŭ’s regiment suffered heavy losses. Paying attention to this, on December 28, 1920, the Supreme Rada of the BNR decided to disband the Sluck brigade, including the Hrozaŭ’s regiment. However, part of the military servants decided to continue the struggle for an independent Belarus and formed an underground organization «Green Oak».