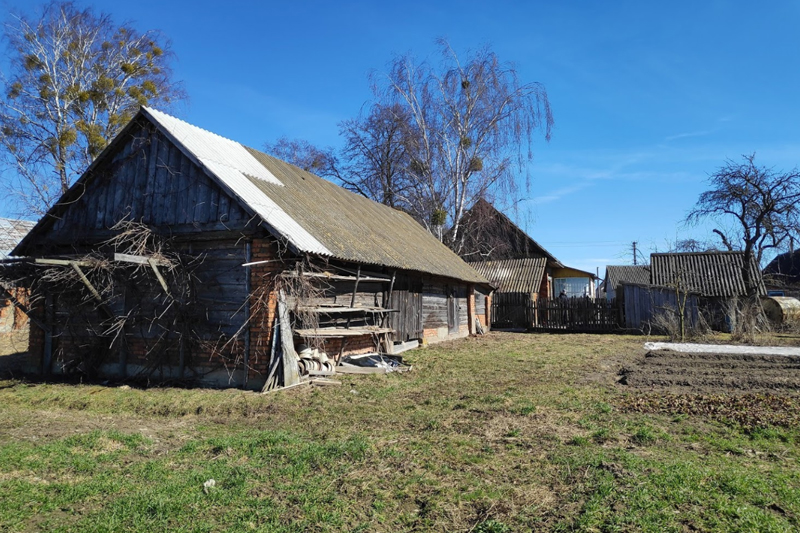 The village Siemiežava of the Kapyĺ region after the Ryha ceasefire of 1920 was located in a 30-kilometer neutral zone (free from Polish and Soviet troops). In November 1920, the 1st Sluck brigade of riflemen of the Belarusian Democratic Republic was formed and began to operate there.

With an active patriotic position and the support of the peasantry and townspeople of Sluck, the 1st Sluck brigade of riflemen of the Belarusian Democratic Republic was formed in three days. The brigade consisted of two regiments: the 1st regiment of Sluck and the 2nd regiment of Hrozava. The core of the military force was the Belarusian police created earlier to maintain public order in Sluck and the poviate. The formation of the troops was carried out hastily, since, according to the Ryha ceasefire conditions, Polish troops had to begin to withdraw beyond the state border line.

The Sluck brigade initially consisted of 4 thousand people. But together with the reserve, it totaled 10 thousand people. Rada of Sluck region appointed captain Ancypovič to be the commander of the Sluck brigade. The brigade headquarters, espionage and counter-espionage departments at headquarters were organized. A field hospital and a military court were organized as well. There was a military school to train commanders. Belarusian officers with combat experience of the First World War. were the main part of the officer staff. The brigade was an infantry, both of its regiments were divided into battalions and companies. It also included a horse detachment, regimental trains and an armorer’s workshop. Thus, the 1st Sluck brigade of riflemen of the Belarusian Democratic Republic troops was a combat-ready military unit of a regular army, had a good officer staff and the desire of soldiers to fight for the independence of Belarus.