BNR-100. Important places in Miensk. 3. The place of Kurloŭ shooting 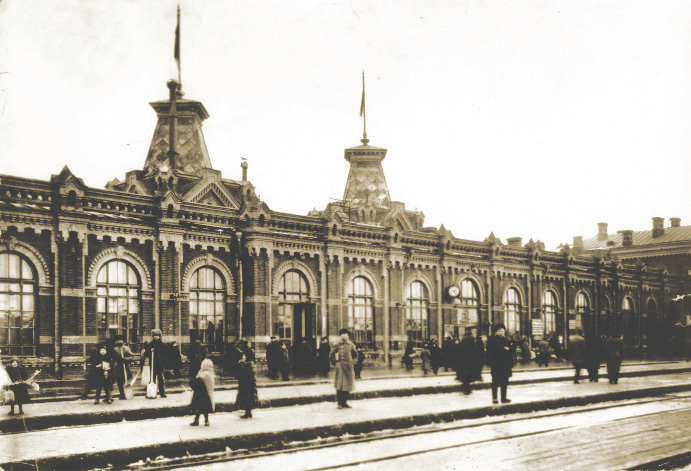 On October 18, 1905 on Pryvakzaĺnaja plošča there was an event that went down in history as Kurloŭ shooting.

The shooting took place the day after the unveiling of the imperial manifesto on October 17 (or old style 30), which proclaimed a series of civil liberties. At that time, railroad strikes took place in Minsk. The main requirement was the implementation of reforms in the socio-political sphere. The strikers gathered at the Vilienski railway station of the Libavo-Romny railway.

On October 18, after the news about the Manifesto of October 17 spread in Minsk, people began to go out into the streets. According to various estimates, from 15 to 30 thousand people gathered at the Pryvakzaĺnaja plošča. The speakers, who had the full text of the Manifesto, read it to all those present. The tribune was a simple table, which was taken out of the station building. After the representative of the protesters Paval Žaba held talks with Governor Paval Kurloŭ, the meeting was allowed. Moreover, Kurloŭ ordered to free political prisoners in Piščalaŭski Castle.

At the end of the meeting, when people began to disperse, unexpectedly for all the troops opened fire. According to various sources, from 50 to 80 people died, hundreds of people were injured. In response to the shooting, Minsk railway workers declared a general strike and demanded the resignation of the governor and the heads of the gendarmerie department. Solidarity strikes swept across Belarus. This wave was stopped only in the spring of 1906. As a result, the authorities made concessions, and a number of provisions of the Manifesto of October 17 became a reality, including freedom of the press. Already in the autumn of 1906, the first Belarusian newspapers "Naša Dolia" and "Naša Niva" appeared.

In memory of these events, at a certain time there was a monument to the victims of the Kurloŭ shooting on the Pryvakzaĺnaja plošča, which is made of black marble Now, only a memorial sign installed at the metro station under Pryvakzaĺnaja plošča recalls this tragedy.